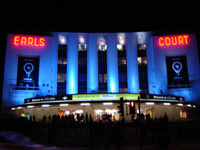 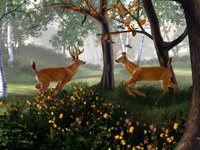 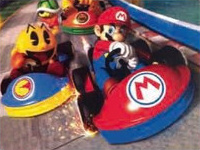 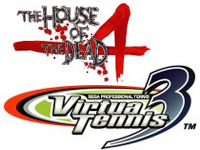 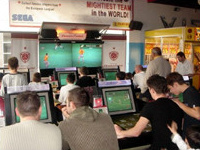 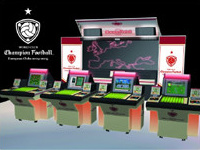 Namco is not the only company preparing some surprises for Preview 2006. Let's see what main competitor's cooking: aside its vending machines and other pushers (including Disco Dream that should be the "most beautiful pusher in Europe" with its glitterball and its 12 mini-TV screens), Sega will unveil 3 new video games; World Club Championship Football European Clubs 2004-2005, The House of the Dead 4 et Dinosaur King. The first one is a football management game played with Panini collectible cards. As the previous episode was only released in Japan and Italy, it's with great pleasure we learn that this title will be released in english for the first time. Even if the machine's size restricts it to larger locations, its success is practically guaranteed. More especially since 256 players of the biggest european clubs (Ajax, Manchester United, Inter and AC Milan, Chelsea, Barcelona, ...) are accurately reproduced on the field. One of WCCF's originalities is that players in the game move accordingly to human player's cards position in real time! This game will be available in november for whole Europe. The House of the Dead 4 running on the Lindbergh (not using a Hitachi/PowerVR combo as previously announced but powered by Pentium 4 processor/nVidia graphic chip, it's in fact a PC-based system). The cabinet will be using a widescreen 62" (158 cm) flat monitor, the picture will be projected by a DLP (Digital Light Projector) and the overall design will be "unique" (very "undead" styled). This shooter will be played with UZIs that will be much needed to face the hordes of zombies which come from everywhere. It's said to be graphically astounding. At last, Dinosaur King which shares Mushiking's gameplay (fights of creatures found as collectible cards) but with dinosaurs instead of beetles. That should better match european kids' tastes. Moreover, the game will be released in Europe and USA prior to Japan because the Mushiking fever didn't fall down yet there. To supplement this nice offer, this year's hit games will be showcased too; OutRun2 SP deluxe, Initial D Version 3 Cycraft and the compact version of Derby Owner's Club.