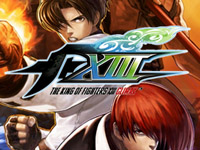 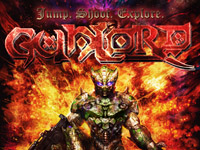 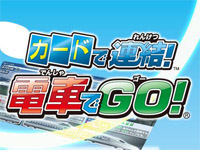 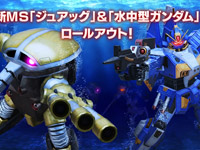 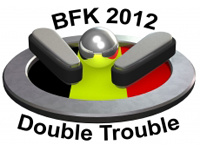 Next weekend, the best Belgian pinball players will meet at Bingovit's Gameroom for BFK (Belgisch FlipperKampioenschap / Belgium Pinball Championship) 2012 - Double Trouble. As usual, the championship is divided in several categories: Men, Women and Junior. The traditional "Winner who takes it all" challenge is organized beside. BFK 2012 will take place on Saturday April 21. Qualify rounds will begin at 9:00. Final rounds will be held at 18:30 (Junior), 21:00 (Women) and 21:30 (Men). Prizes will be awarded during a ceremony at 22:00. Every Belgian player aged 16 or older can enter. People can register at Bingovit website. The participation fee is €20. Several Arcade Belgium Forums members join the competition including Glenn Pellis and Peter Smets (who finished 4th last year). Good luck to them! Bingovit's Gameroom is located on Eigenlostraat in Sint-Niklaas (between Gent and Antwerpen).

Arcade Belgium @ Made in Asia 4 report 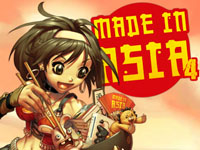 Our report on our participation to the Made in Asia 4 show has just been published. This year the show attracted about 21,500 visitors and our stand has encountered a great success. The two tournaments we held were also full of participants: 50 people registered to Super Street Fighter IV Arcade Edition tournament. After several hours of fighting, it's finally Ka 'Loan who won against Almeh, Dash Prof completed the podium. Thirty players entered The King of Fighters XIII and Omar was the winner, Esash ranked second and ASS-Kujiro finished third. All of them received video games, T-shirts and goodies. We wish to thank all participants for their good mood and patience and all the people (they will recognize themself) who helped us during the show but also during the preparation phase... We hope to see you even more numerous for the next Made in Asia to be held on March 8, 9 and 10, 2013. You can read it on this page. 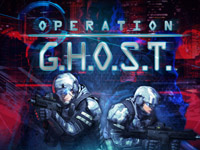 Operation G.H.O.S.T. is playable at Sportland, Blankenberge. This sequel to hit shooter Ghost Squad (and Ghost Squad Evolution) was released in Europe in late January. We already mentionned it in our EAG International report. Operation G.H.O.S.T. remains in the spirit of Sega's series, the player is still a member of the G.H.O.S.T. international elite squad fighting terrorism. During the game, the player must make many strategic choices and give orders to team members (such as throwing a grenade at the critical moment). Compared to the first game, there is no more savegame card system nor online ranking, but a speaker hidden in the scope of the assault rifle immerses you into the action. Multicolored LEDs are reflected around the LCD screen (42" or 55" depending on the model) and react to the action. RingWide powered, the game is not exceptional graphically but Ghost Squad fans will enjoy it nonetheless! Try it! 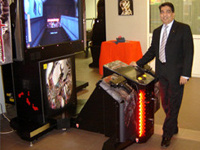 Gamini Bandara retires after 33 years of loyal service. Everyone owning Sega machines know this brilliant technician. Gamini began his Amusement career as technical support manager at Tech-Mar Leisure Services (Ruffler & Deith Leisure Company) in 1979. From 1980, he takes care of technical support and distribution of Sega products. His expertise will be put to use in the design of European versions of Sega hits like OutRun, Daytona USA, Manx TT, Sega Rally 2, Derby Owners Club, The House of the Dead, Virtua Fighter and Virtua Striker series, and most recently Sega Golden Gun and Sonic & Sega All-Stars Racing Arcade. He also designed the movements of Cycraft versions of Initial D Version 3, Club Kart and F-Zero AX Monster Ride. He visited Belgium several times, including for the installation of a Derby Owners Club at Sportland in Blankenberge or during Namusco open days in Brussels. He was always of good advice and enjoyed sharing his enthusiasm and knowledge. Gamini Bandara has left his post as Technical Service Manager at Sega Amusements Europe this April 5. Now he can enjoy a well deserved retirement to relax and live his passions... We thank him for everything and wish him much success in his new endeavors!