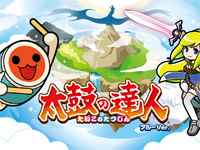 A new version of Taiko no Tatsujin is out today: Taiko no Tatsujin: Blue Ver. As its name implies the new design is blue themed based on the colour of the sky. There are 10 new songs already available today including anime songs such as Hope by Namie Amuro which is the current opening of One Piece, Pop Team Epic opening by Sumire Uesaka and also game musics such as a Splatoon 2 medley. 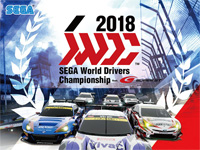 SEGA World Drivers Championship is released in Japan today. This racing game bears the official Super GT license and features 45 cars from both GT300 and GT500 classes (Toyota 86, Toyota Prius, Subaru BRZ,...). The game allows the player to become a member of a racing team where he aims to win the championship. He gets advice and cheering from the team between races and he can also listen to the team radio by pressing the red button on the steering wheel while driving. A driver's skill gauge is displayed on the screen while driving. It increases depending on how well the player drives. A LED indicator is installed over the steering wheel: it displays speed, gear, tachometer, specified speed information for each corner. SEGA World Drivers Championship uses the same cabinet as Initial D Arcade Stage Zero with a AIME card reader and a 6-speed speed shifter. Only the topper and the steering wheel are different: speeds can be changed on the steering wheel. Up to 10 players can compete online. The game uses Unreal Engine 4 to faithfully reproduce the Super GT cars. 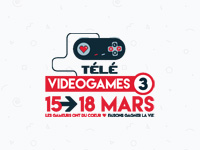 Gamers are generous! It's a fact! And it's time to show it again with the third edition of Telévideogames! This year, Les Players du Dimanche set the bar even higher with a 75-hour broadcast, live from Quai 10 in Charleroi. The goal is of course to earn a lot of money for the Télévie in order to fund research against cancer. During these 75 hours, many guests will appear on the show including Frédéric Zolfanelli (Sparadrap in n00b web-series) and many Youtubers such as Benzaie, Chef Otaku, Math se fait des films, Jojol 67, LucassTV, EXVSK, Beanie, DB Times, Gonzaroo, The Kairi 78, Kenny, Lucasha and Anthox Colaboy. Your generosity is rewarded because each donation will allow you to win many prizes including consoles, games and accessories. For the first time, Arcade Belgium joins the cause and will bring many arcade machines set on freeplay at Quai 10 for the duration of the show. Do not hesitate to come and play! The live broadcast will air on Twitch, Facebook and Youtube. It will start on March 15 at 6:00pm and wll end on March 18 at 9:00pm. You will find all the information on Telévideogames website.

Heiankyo Alien 3671 will be released on exA-Arcadia 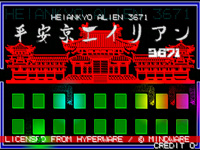 Another new game will grace the exA-Arcadia system: Heiankyo Alien 3671 developed by Mindware! Heiankyo Alien 3671 is an arranged version of the classic Heiankyo Alien arcade game released by Denki Onkyo in 1980. In this games, you have to dig holes to burry aliens in the ancient city of Heiankyo (a former Japanese capital city located where Kyoto is now). This new arranged version programmed by Mikito Ichikawa features beefed up gameplay, more speed, psychedelic graphics and great music by Wing☆ and Ibojima. Compared to the Steam version released last year, the arcade version will feature new modes, new items and 4-player gameplay! As all other exA-Arcadia games, it will support both 16/9 HD and 4/3 31k monitors. If you wan to try the game now, you can either purchase the PC version or go to Takadanobaba Mikado game center in Shinjuku where a location test is currently running. 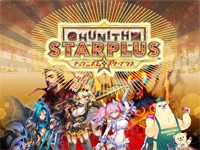 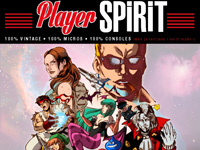 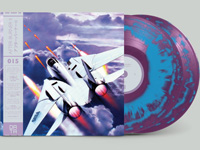 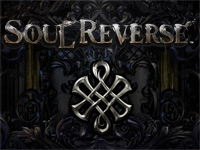 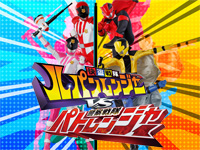 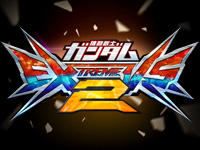