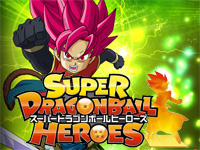 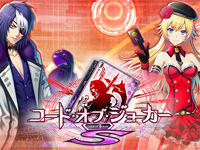 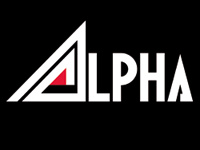 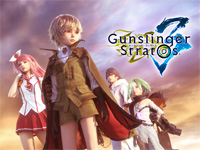 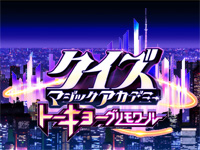 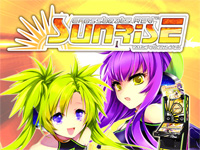 crossbeats REV. SUNRISE is out in Japan today. This new version of crossbeats REV. was announced by Capcom during the JAEPO in February. The new yellow theme will replace the black and purple colours of the original crossbeats REV. New characters are introduced: SUN, a girl with blond hair voiced by Sumire Uesaka and Kuronya, a cat wearing a yellow jacket voiced by Tomoe Tamiyasu. The player can either select one of them or the main character Akatsuki to assist them during the game. There are several new features as the "premium play function" allowing the player to restart a song from the beginning thanks to the Retry button. There are more than 140 songs including 30 new tracks ("LEVEL5 -judgelight-" - fripSide, "BURST THE GRAVITY" - ALTIMA, "God knows..." - Haruhi (Aya Hirano)). The players can now register their friends on the website with the Adobasari (opponent) function to easily find them in order to make score battles. A memorial campaign named "Every day one song free play" is held from April 28 to May 8. During this period, when the player plays crossbeats REV. SUNRISE with an Aime (or corresponding) card or electronic money via a mobile phone, he can play one free song every day. 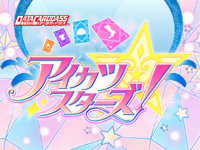 Aikatsu Stars! is out today. This is the second Data Carddass game in the Aikatsu! series from Bandai. Data Carddass games are collectible card games that use special cards with data stored on them. The player scans his card on the machine to interact with the game. In Aikatsu!, the player can scan cards featuring various clothes to make his character wear them. Once the character is dressed, the game consists of using the buttons to make the character dance in rhythm. A new character is added in this version: Yume Nijino. She wants to become a top idol and she enrolls in the Yotsusei Gakuen (Four Stars Academy). This academy has a special group called the S4, who are the top four active idols in the school. Yume and the other first-year students aim to become part of the S4. Aikatsu Stars! cabinet features an LCD touchscreen. 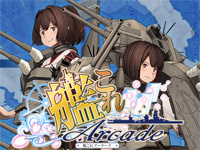 Sega releases KanColle Arcade in Japan today! Developed by AM2, KanColle Arcade is an arcade adaptation of Kantai Collection (often shortened to KanColle), a collectible free to play card game for web browsers from Kadokawa Games. The game is only available in Japan but it enjoys an international reputation. The player plays the role of an admiral who runs a fleet of "kanmusu", boats and submarines of World War II personalised by girls. The appearance and personality of each girl is based on the ship that she represents. For example, a girl representing a boat with a large tonnage will have a big breast and a girl representing a submarine will wear a swimsuit. In KanColle Arcade, the player controls the direction and speed of his ship during the battles. Just like in the browser version, he can also collect different shipgirls. Kantai Collection was also adapted in mangas, books and an animated series of 2 seasons since January 2015. Sega doesn't waste time with its arcade version since Revision 1 of the game will be released on Thursday April 28th. This update will open access to the North waters and will add 9 shipgirls (video). 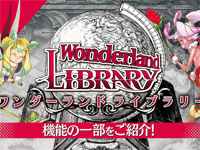 A new feature is available in Wonderland Wars since April 21: Wonderland LIBRARY. It's an additional terminal that allows players to playback and download any public play videos including rankings and tournaments. They can be downloaded to smartphones and USB memory cards. Players can install the Wonderland LIBRARY application on their Android and iOS smartphones. You can watch the trailer here. 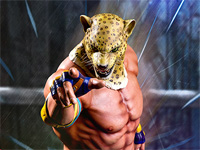 The famous statues manufacturer First 4 Figures launches a new line of statues based on Tekken characters today. King is the first character to be released. 4 statues are available: King from Tekken 5 in regular and exclusive versions and King from Tekken 5 Dark Resurrection in regular and exclusive versions as well. In fact, it's masked King II who is represented here as he's the successor of King who was killed by Ogre. As all First 4 Figures works, King is made of high quality polystone, every detail has been captured perfectly (including whiskers on his mask and even beads of sweat on his body) and the statue is finished with a detailed hand-painted finish. The statue is at 1/4 scale and is 19" tall (22" for the exclusive version). The box also includes an art print of King inspired by the statue. The exclusive version stands on a special wrestling ring themed base, including the corner post and ropes. King comes in deluxe packaging with an authenticity card that allows you to register the statue online and to secure the same number for future statues in the Tekken line. The statue was sculpted by Vinai Mangalagiri and will be shipped during Q4 2016. The price is $374.99 for the regular versions and $439.99 for the exclusive ones. As usual, you can pay the total amount in 3 months. Pre-orders deadline should be scheduled to May 3rd, 2016.