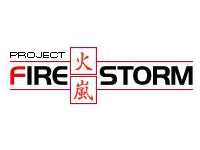 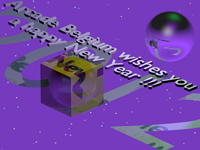 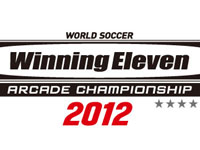 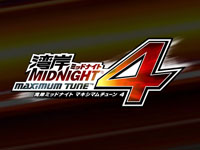 Namco Bandai released Wangan Midnight Maximum Tune 4 today. This fourth episode introduces new races, new cars (including Nissan Skyline coupé, Subaru Legacy B4 and Mazda Savanna RX-7). Other cars and other races will be added via net updates and nation wide championships will be organized through the Internet. Background musics have also been renewed but are always composed by Koshiro Yuzo (Streets of Rage, Shenmue,...). The cabinet features a 6-speed H shaped shifter, a 32" LCD monitor and a 4.1 surround sound system. An external terminal is available to players so they can tune their car quietly. Wangan Midnight Maximum Tune 4 uses Bana Passport but players can transfer data from their Wangan Midnight Maximum Tune 3DX Plus card. 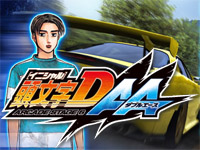 Initial D - Arcade Stage 6 AA Version 2.0 next update will be released tomorrow. This update adds a new race: Sadamine. This race is located in Saitama prefecture and was the scene of two races that ensured Project D supremacy over the region. Thanks to the always brilliant strategy developped by Ryosuke, Takumi indeed defeated Nobuhiko and Keisuke won against Kyoko. In addition, during this season, two events will take place: the first, from December 23 to 25, is a secret event that will be revealed just before the dates and the second, from December 29 to January 2, is an online battle on Irohazaka course. 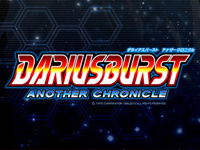 December 17, 2010 was the day Darius returned to Japanese game centers. 13 years after the last episode, Darius Burst Another Chronicle features 4 player gameplay on 2 LCD screens assembled to offer a widescreen format (which earned him a record at the Guinness World Records for its 32:9 aspect ratio). At the time, our friend at Arcade Heroes called for players to express their interest to Taito in order to convince them to release the game internationally. This action has been successful because Taito announced in February 2011 that an international version of Darius Burst Another Chronicle was in the works. This version appeared first at Electrocoin open day in June. The international cabinet is different from the Japanese version by the fact that it is more "open" and that the game is in English. This machine was then tested in several locations including London's Casino and Game Grid Arcade in West Valley City (Utah). Arcade Heroes and Taito tell us that Darius Burst Another Chronicle is now available worldwide! For those who don't know Darius Burst AC, it is a futuristic horizontal shoot'em up with many powerups and branching levels where players encounter many large bosses. The large number of levels and great deal of alternative paths offer a good replay value. This game is very popular (players love it!) so we encourage operators wanting to offer something different than the usual racing and light gun games to contact your distributor or Taito directly to order or to get more information. 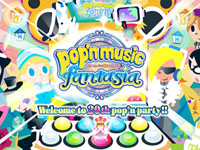 Konami has not only released Steel Chronicle yesterday, there was also pop'n music 20 Fantasia! The twentieth episode of the series comes under the sign of the party with a fantasy theme that recalls a little pop'n music 10. Some changes have been made, performance grading system found in other BEMANI games is introduced: there are nine grades represented by letters: Fâ†’Dâ†’Câ†’Bâ†’Aâ†’Sâ†’SSâ†’SSSâ†’P. The old modes "Challenge" and "Super Challenge" were combined under the name "Normal" mode and the "Enjoy" mode is now called "Easy". A new type of pop-kuns appears: the "highlight" pop-kun that are shining, once the player touches one, is he does no mistakes after, he receives bonus points. This is the first time in the series that the tracklist is so provided. An upgrade kit of pop'n music 20 Fantasia will be available from December 14. 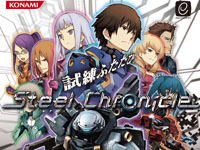 Announced since last April, Konami's Steel Chronicle arrives in Japanese arcades today. Steel Chronicle is a network multiplayer action game involving mechas. The players embody Hounds: members of an elite combat unit who faces steel insects that threaten humanity. Before leaving for the battle, the Hounds slip on Steel Suits that can take many forms and be equipped with different weapons, allowing a great opportunity for character customization. The dead enemies drop materials that can be used to improve Steel Suits. The money used in Steel Chronicle is the "STE", with 1000 STE, the players can play 10 minutes and its also with this currency that they can create new weapons (if they have the necessary materials) and color for Steel Suit. Steel Chronicle uses the e-AMUSEMENT GATE portal. 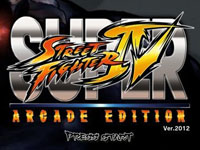 The long awaited version 2012 of Super Street Fighter IV Arcade Edition is released today. Capcom listened opinions expressed by players during location tests to rebalance the characters. Demand from fans was indeed huge on this! Capcom provided a lot of work to rebalance the 40 characters of SSF IV: some have seen many changes (Yun), while others have had a few (Cammy, Sagat). If you want to discover all the changes, simply download the document published by Capcom. 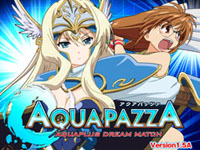 Examu releases AquaPazza - Aquaplus Dream Match Version 1.5A today. This first update of this fighting game gathering fighters from various AquaPlus works adds two new characters: Sasara Kusugawa (playable character) from ToHeart 2 and Yu Nagawa (supporting character) from Comic Party. During August, players were able to vote for different characters to choose two of them that would be added to AquaPazza line-up. Version 1.5A also fixes some bugs and make small changes in characters moves.