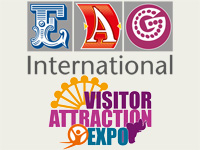 Once again Bandai Namco will host one of the biggest stand at EAG. This is needed to showcase all Bandai Namco, Raw Thrills, Adrenaline, Andamiro and Triotech products! This year, a virtual reality attraction will be present on the booth: the AiSolve WePlayVR with two software available, Mayan Adventure and Alien Adventure. Bandai Namco will introduce two new games from Raw Thrills: Injustice Arcade featuring characters from the Justice League movie. It's a 3 vs 3 tag team fighting game delivering a character card after every play. And X Games Snowboarders, a realistic snowboarding game in a stand-up cabinet providing wind effects. From Adrenaline, visitors will be able to play Rabbids Hollywood, a four player game where players try to stop an invasion of crazy creatures by using different funny methods and Spinner Frenzy, a skill redemption game. On the stand, there will also be SpongeBob Soccer Stars from Andamiro (flip the lever at the right time to kick the ball), Triotech's timeless Typhoon simulator ride and Apple Scene Machine Version 2 photobooth using green screen technology. On the prize side, there will be a lot of plush from DC Comics and electrical goods featuring licences like DC Comics, My Little Pony, PAC-MAN, Harry Potter, Call of Duty,... Bandai Namco will also present cashless and loyalty card system from Embed and ticket eaters from Deltronic. For sure, booth 620 will be a must this year. 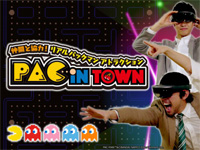 Amusement facility Namja Town in Ikebukuro will start a VR/AR attraction named Nanjatown x MR Project on January 15th. It will run until February 28th. MR stands for "Mix Reality". The first game available will be PAC IN TOWN. In a life-size labyrinth, the player have to eat all the dots while avoiding ghosts within the time limit. The Nanjatown x MR Project uses Microsoft's "HoloLens" device . 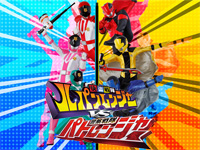 Super Sentai Data Carddass Kaitou Sentai Lupinranger VS Keisatsu Sentai Patoranger is the latest Data Carddass game. The collectible cards game is based on the upcoming Super Sentai series: Kaitou Sentai Lupinranger VS Keisatsu Sentai Patoranger. It's the 42nd entry of Toei's long-running Super Sentai series. The series is the first to feature two different teams of heroes: the Lupinrangers, who embody the gentleman thief hero archetype, and the Patrangers, with a police motif. The two teams are rivals, but usually team up against the series' main villains. The game and the television show will be released in February 2018.

In less than a month, EAG 2018 will open its doors! Electrocoin is the first exhibitor to reveal its range of products. For the first time since 2011, a new DanceDanceRevolution will be presented in Europe! DanceDanceRevolution A will be exhibited in a new stylish white cabinet with a bigger 42” screen. Some of the new popular songs will have actual video footage including Pharrell Williams (Happy), Ariana Grande (Break Free), Selena Gomez (I want you to know) and One Direction. A backlog of music from previous selected DDR versions will be available in the new DDR A. Electrocoin is well-known for distributing Stern Pinball machines. This year, visitors will be able to try the new Star Wars and Guardians of the Galaxy pinball tables. A third title will also be presented. Electrocoin will also bring the capsule vending machine GOGO Chiken, the New Generation Panther Revolution Photo Booth and different ticket eaters and cashless systems. The Electrocoin team will welcome you on booth 516. 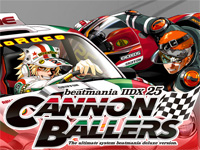 The latest beatmania game is out in Japan today: beatmania IIDX 25 CANNON BALLERS. The new theme is racing and the title is derived from the Cannonball Baker Sea-To-Shining-Sea Memorial Trophy Dash, a series of illegal cross-country races held in America during the 1970s. For the first time since tricoro released in 2012, the game hardware has been upgraded and the audio drivers are also changed. Konami added two cameras: one pointed on the player's hand on the controls and the other pointed on the player's face. The daily bonuses from SINOBUZ return with some changes. The NINJA RANK is now called DJ RANK and it features more details and organisation options.

Sega has just released a free software upgrade for Daytona Championship USA. This upgrade brings new features and refine existing features to improve the game experience. To be sure that all players can enjoy it, Sega decided to distribute it for free. The famous Panoramic Attract Sequence is back: now you can watch the attract sequence action explode across all linked screens (minimum 4 linked cabinets required). The car handling is improved thanks to refinements. The force feedback is also refined to let you feel every crash. Sega revised the difficulty and AI to make the game more accessible for beginners. The graphics and audio are upgraded to deliver a more immersive experience. A new Party Mode has been added: operators can now schedule private events for parties and automate a unique event for up to 128 named players. Sega will send an USB-drive to the owners of the game and the upgrade can also be downloaded here.

In 2018, it will be the 70th time that London hosts the traditional January coin-op show. The EAG International will be held at the ExCel London Exhibition Center from January 16 to 18. For the 4th time, it will be accompanied by the Visitor Attraction Expo that focuses on small attractions and indoor and adventure play. This year, EAG International will welcome many first-time exhibitors. There will be more than 300 exhibitors from all around the world that will showcase their latest products and technologies. During the show, visitors will be able to attend free seminars on various themes which have been organised by BACTA: Emerging Payment Systems, Growing Your Business With Social Media, Common Compliance Themes In The Arcade Sector, Virtual Reality Technology,... As usual, the main actors of the amusement market will be present: BANDAI NAMCO Amusements Europe, Sega Amusements International, Electrocoin, JNC Sales,... Registrations for the show are open here. 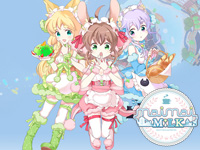 Sega's new maimai title is out today. It's named maimai MiLK. This new episode features 3 new partners: Raz (CV: Sakura Ayane), Chiffon (CV: MAKO) and Salt (CV: Hiromi Igarashi). You can choose one of these three characters at the beginning of the game to become your partner, after you complete a song, the character experience you choose will increase. A new mode is available: Survival Course. The course is composed by four tracks, every time you miss a note, you loose life. maimai MiLK has a new theme song: Magical Flavor by Deco * 27 ft. Tia. And of course, there are new songs added in Niconico & Vocaloid, Sega, Original & Joypolis, Touhou Project and Pop & Anime categories. 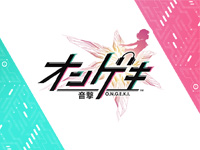 Sega just announced a new game: Ongeki. It will be developed by the same team than maimai and CHUNITHM. A location test is scheduled at Sega Akiba 3 from December 15 to 17 and a niconico live will start on December 13, 20:00 (local time) at this address: http://live.nicovideo.jp/watch/lv309115850. The website shows that the game will feature a W.A.D (big switch), a lever and an card slot. 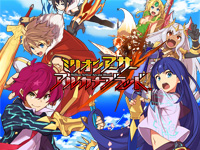