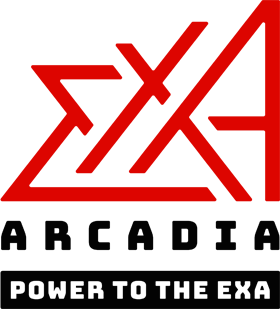 exA-Arcadia, the forthcoming arcade system, is making the headlines with its first game developed by former Cave developers. exA-Arcadia will be presented at JAEPO 2018. Just in time for the show, here is an interview of Eric Chung (also known as Shoutime, well-known in the arcade collecting and emulation worlds), one of the individuals behind this new platform. 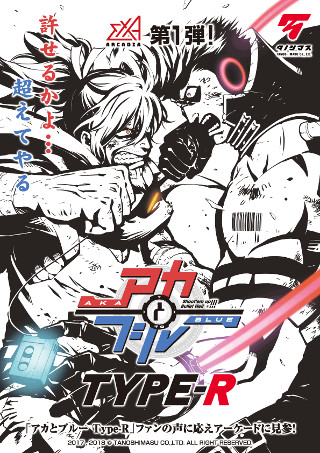 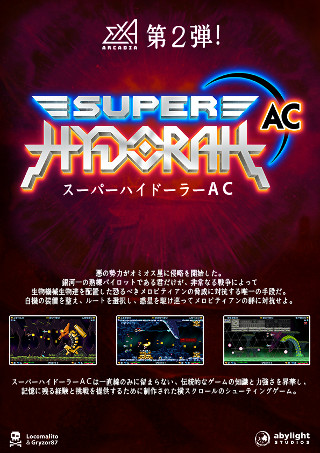 Could you please tell us about the team behind the exA-Arcadia platform?

Some hardcore arcade Japanese players may have heard of a mysterious American in the team but actually we have arcade maniac team members of all nationalities to ensure that we have a global view on developing and selling the EXA product lineup. We have Japanese, American, Australian, Ukrainian, Canadian, Brazilian, Mexican, Taiwanese and members from across Europe as well. EXA is not aimed at only one marketplace, it is for consumers and operators all over the globe.

What inspired you to become a publisher/manufacturer?

Simply, as an arcade player, we saw that there is less and less content being produced today for arcades and a number of arcades are closing today. Why was this happening even in Japan which has long been considered the mecca for arcades? We sought to solve this exact problem. Looking at the solutions on the marketplace in 2017 in both Japan and overseas, we don't see a product that fulfills the needs of consumers, operators and developers so in September 2017, we set out to build a product that does.

What can you tell us about the hardware specs and how do you scale its power?

EXA is compliant with the JVS standard and is compatible with all JVS JAMMA IO boards on the marketplace. From a specs perspective, we have not announced them yet but we are easily on par with PS4 and XBOX ONE.

Is it running Windows or Linux?

Besides Tanoshimasu and Locomalito/Abylight Studios, are there other developers already working on games for the exA-Arcadia or showed interest in making games for the system?

Currently, we have only announced Aka & Blue Type-R and Super Hydorah AC which are both vertical and horizontal shooters, respectively. Besides them, we have another 10 confirmed titles in our pipeline which cover action, beat'em ups, fighters, puzzle and even sports. 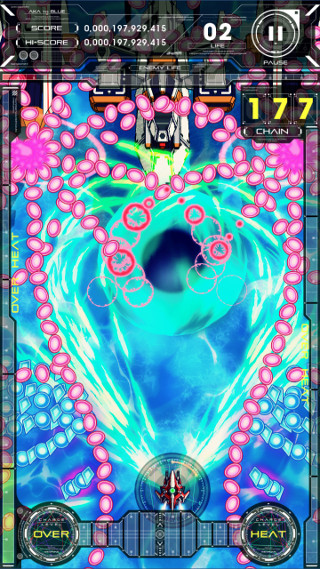 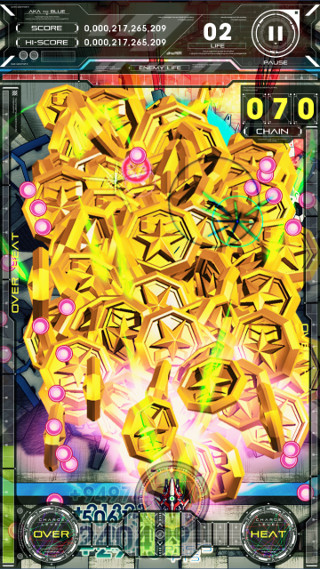 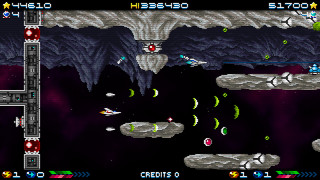 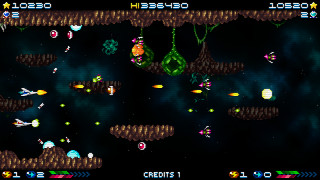 Why did you choose shooting games as the first games to be released?

Shooters arguably come from the arcade originally and represent arcade games in their purest form - fully focused on gameplay and player skills. There has been a lack of new shooters in the arcade and many developers are keen to make titles in the genre. so we started with one vertical shooter and one horizontal shooter.

What cabinets are plug-n-play with​your system (no adapters needed)?

Modern Japanese LCD cabinets using the JVS standard are fully compatible with EXA. However, 31kHz compatible cabs will also play the EXA hardware with no issues. With either choice, a cabinet side IO board is required (included out of the factory with JVS cabinets).

Do you think you'll sell more kits to operators or to private collectors?

We're eagerly awaiting to see this for ourselves.

Will exA-Arcadia be used in dedicated cabinets (racers for example)?

We are currently looking into this but cannot announce anything at this time.

You announce global availability of the games, will they feature switchable languages (as in The King of Fighters XIII) or will there be separate Japanese and English releases?

As we are globally focused, each release will have a localized version and corresponding kit sold for each major region. Collectors and operators alike will be able to opt into whichever version they prefer.

What price range are you targeting (for the system and the games)?

We have not announced pricing yet but expect a full kit + one game to be the same price as a standard new kit in Japan.

We will be doing very limited runs for collector's editions featuring exclusive motherboard casing, soundtracks, posters, autographed kits by the developers, numbered polaroid with the developers and more. If anyone has requests, we are always listening.

Games will be supplied on physical media that is similar to a cartridge.

In Europe and the USA, driving and light gun shooting games are providing the best income, do you think there's still a market there for games housed in generic cabinets?

As long as there is interesting content marketed correctly, there will be an audience. There's actually a growing amount of arcades in the West with a shift towards popular genres from the '90s as that generation has now become adults and have spending power. A good example of this is the recent Raw Thrills' Teenage Mutant Ninja Turtles release.

Will Aka to Blue Type-R and Super Hydorah AC be playable in some form at JAEPO 2018?

Both games will be playable at JAEPO 2018. We apologize in advance for the long lines. 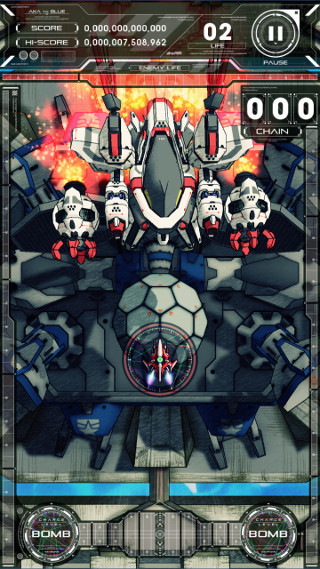 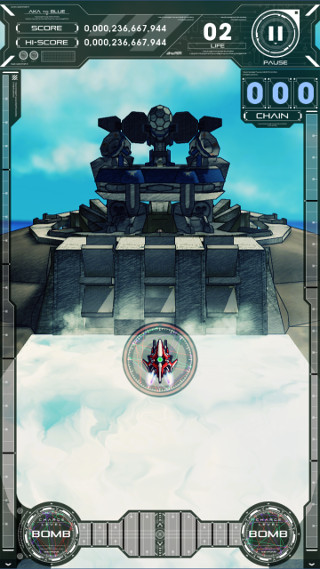 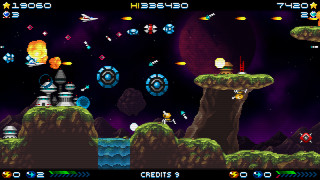 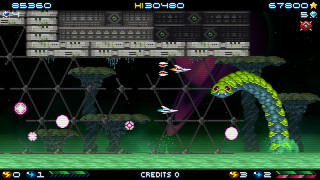 Are there any other particularities about exA-Arcadia that you would like to tell us about?

EXA has been made with operators and players in mind. We have quite a few new services set to go live over the next year that will generate revenue in new ways and enable new ways for developers to engage gamers.

What are the criteria for a candidate game to be green lit for an actual release on exA-Arcadia? Is there a sort of quality control to ensure that only good games are released? How do you select what you release and what not? Personally, which developer would you like to attract to exA-Arcadia?

As we want to ensure high performing titles for operators, we look for globally appealing titles in genres that have player/community demand and are skill based. We have an internal committee using data from tests and operators that looks at every submission received no matter if the developer is a one man shop or a public corporation. Great games are made by companies of all sizes and nationalities. If you are a developer who wants to bring your game to the arcade, feel free to contact us on Twitter @exaarcadia.

Which previously released arcade game would you like a sequel on exA-Arcadia?

Rather than a sequel, we would very much welcome new ideas executed well in the arcade.

What do you think about Griffin Aerotech's Airframe? NG-DEV.TEAM talked about releasing games on a new hardware, are you in touch with them?

We have great respect for both NG-DEV.TEAM and Griffin Aerotech in producing brand new product for the arcade market. It's not easy to develop new hardware and software from scratch. We are aware that NG-DEV.TEAM has been testing new hardware but have not had recent contact with them.

Our approach is that we have looked at the pain points of consumers, developers and operators the world over and not only developed an easy to use platform for developers to build great games on but something that operators can use to build a healthy business so that we can have a vibrant arcade ecosystem where new games will continue to be released for decades to come. We have plenty of operator specific features for EXA that are not announced at this time.

How do you see the arcade video game industry in 10 years?

Arcades will only exist in the future if the ecosystem changes to support operators and creators. ​With EXA and future iterations of the platform, we will introduce new services that will create new verticals of income for operators and new types of play for gamers everywhere.

Thank you very much for having taken the time to answer our questions despite the trade show setup.